1W blue laser flashlight light to human eye, the eyes will be blind out?

Do you notice that your eyes have been shot straight for 0.5 seconds or less, 0.1 seconds can cause permanent blindness?

First of all, you must not try!

1W blue laser 445nm tune into a parallel beam when state (or a certain divergence angle), within 10 meters straight eyes, 0.01 seconds can cause permanent blindness, corresponding to the location of retinal will burn caused permanent irreversible injury!!!

The condition of the person’s eyes against the glare, plus the speed of eyes closed, is over 0.1 seconds. So, this attempt, if who did, you wait for a lifetime regret!!

I’ll take myself for example! I’m a laser crazy gamer,In Facebook, many of my friends know the ins and outs of laser pen played not less than 100, even a laboratory have played, also done their own green laser pen.

Almost 2 years ago, I was accidentally 30MW, 532nm (0.03W) green light, about half a meter in the left eye.Time is no more than 0.1 seconds, I feel uncomfortable right away,

It was also a long distance from 10 meters away from a low power green light, but it wasn’t a big problem, but this one was terrible.
I thought I could recover, but since then, everything in my left eye has been bent in images, and I’m scared. I know my retina hurts……

This has been going on for almost a year before getting better. It’s almost completely restored now, and only when you look at things in the distance in a straight line with your left eye can you detect a little bit of the line of sight in the center of the bend.

That’s the strength of 0.03W. What I want to say is that the laser is dangerous, absolutely dangerous. Don’t try with your eyes. You can’t afford to lose!

If you accidentally hit someone else’s eyes and lead to an irreversible blindness or blindness in your eyes, you’re going to lose money and go to jail.

So please be careful! Never try with your eyes!

Power within 100MW of the green laser, 10 meters fast sweeping other people’s eyes, may only lead to a short time can not see things, but, high-power, close distance, absolutely let you regret!

I have a 1W blue laser, 5 meters can match burning dark tiles, you can imagine what the consequences of exposure to the eyes is? I can say there’s a permanent, irreversible darkness in your center of view! Permanent!! 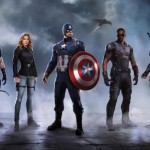