First of all, what is the ITU standard?

In order to make the optical fiber have a unified international standard, ITU-T has formulated a unified optical fiber standard (G standard). According to the ITU-T recommendations on optical fibers, the types of optical fibers are divided into seven categories. There are some sub-categories in each category.

The difference between these four types:

G. 653 (dispersion shifted fiber)
The chromatic dispersion at the wavelength of 1550nm will be minimized, thereby minimizing the optical loss, which is very suitable for long-distance single-channel optical communication systems. Now, G. 653 fiber is almost no longer deployed, and has been used by G． 655 fiber is replaced for WDM applications, because the channels allocated around 1550nm in G653 fiber are severely affected by noise caused by non-linear effects caused by noise.
G. 654 (cut-off wavelength shifted fiber)
1550nm has the lowest attenuation coefficient (approximately 15% lower than G652, G653, and G655 fibers), so it is called a low-attenuation fiber. The dispersion coefficient is the same as that of G652, and it is the least actually used fiber. It is mainly used for long-distance transmission under the sea or on the ground, such as a 400-kilometer route without a transponder. It includes five revisions, namely G. 654. A, G. 654. B, G. 654. C, G. 654. D and G. 654. G654. A, G. 654. B, G. 654. C and G. 654. D fiber is suitable for extended long-distance submarine applications. And G654. E fiber is specially designed for high-speed and long-distance terrestrial optical networks.
G. 655 (non-zero dispersion shifted fiber)
The main feature is that the dispersion of 1550nm is close to zero, but not zero. It is an improved dispersion-shifted fiber to suppress four-wave mixing. G655 was used in WDM and long-distance optical cables in the early days, and now more is used by G652. Replaced by D fiber.
G. 656 (low slope non-zero dispersion shift fiber)
A type of non-zero dispersion-shifted fiber that has strict requirements on the speed of dispersion, ensuring the transmission performance in a larger wavelength range in the DWDM system. G. The attenuation of 655 fiber is low at 1460nm -1625nm, but when the wavelength is less than 1530nm, the dispersion is too low for the WDM system. Therefore, G. 656 fiber is not suitable for applications from 1460nm to 1530nm.
G. 657 (bend-resistant fiber)
G657 is an optical fiber that is not sensitive to bending loss, with a minimum bending radius of 5 to 10 mm. It is the most commonly used optical cable for FTTH home access. Because of its better performance, it is widely used, but the cost is higher than G652D. The ITU-T standard divides G657 into two sub-categories A and B, and the sub-categories are further divided into four sub-categories A1, A2, B2, and B3. The available wavelengths of class A are O, E, S, C, and L bands, and the available wavelengths of class B are O, C, and L bands.

TaorLab is a professional optoelectronic device OEM/ODM and solution provider. Focus on providing customers with efficient manufacturing, high-quality products and in-depth research and development. Our products are widely used in fiber to the home, 4G/5G mobile communications, Internet data centers, national defense communications and other fields. 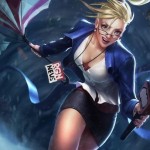